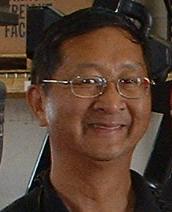 Cargo Honored for Honoring a Hero

by wlim |
Not applicable
in Blog
226 Loves
226 Loves
August 16 was like most normal days, except inbound Flight 2088 to Salt Lake was with distinction.  It was the flight carrying a fallen brother of our United States Army, Chief Warrant Officer Steven Redd.  Upon its arrival to Salt Lake, the aircraft was met with respect, honor, and humbling remembrance that the cost of Freedom is high.  As Flight 2088 arrived to Gate B15, all operations ceased, it was hats off, and every SWA Employee had hands over hearts, with a moment of silent respect waiting for the military escort to deplane with Southwest Captain G. Ward to observe the offloading of the Military Human Remains. Salt Lake Airport Operations were present with their vehicles to escort our vehicle taking CWO Steven Redd to the Freight House.  SLC Airport Ops vehicles, with lights flashing, provided service to honor our fallen service member. The Cargo warehouse was meticulously cleaned, swept, and items were placed without distraction to the importance of the occasion.   The SLC Cargo Team ensured everything was proper and in good order; tables were set with refreshments from Provisioning; chairs (and even tissues) were neatly placed for the family. United States Army Honor Guards and Patriot Guard Riders were present to honor CWO Steven Redd.  U.S. flags were held high and proud by the Patriot Guard Riders standing in formation in the warehouse, as the Honor Guards ceremoniously carried the casket towards, and into, the hearse.  Patriot Guard motorcycles with U.S. Flags strapped to the frames looked like a Presidential motorcade, as they escorted the hearse. Captain Michael Redd, brother of CWO Steven Redd, and the Redd family were moved by how Southwest Airlines took such great care to respect and to honor CWO Steven Redd.  Captain Redd and his family members took the time to thank each member of the Patriot Guard Riders and the Southwest Team present at the warehouse.    (L-R) Team SLC: Wayne Lim, Troylin Hill, Kyle Goodrich, and Lee Oswalt   In appreciation from the United States Army Special Operations Command, Company B, First Battalion, 160th Special Operations Aviation Regiment, they presented the Southwest Airlines Salt Lake City Cargo Team with a Certificate of Appreciation for outstanding professionalism and support rendered.    (L-R) Team SLC: Holly Orgill, Tim Sorensen, Wayne Lim, Heidi Familar, and Aaron Walton   ... View more