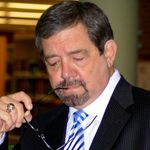 Re: Name Change on Ticket booked a ticket twice on...

by russcro |
Active Member
in Travel Policies
Sooner is always better than later in these situations.  SW customer service is extremely helpful in my experience.  Hit them up on Twitter. ... View more

Re: Name Change on Ticket booked a ticket twice on...

by russcro |
Active Member
in Travel Policies
Sooner is always better than later in these situations.  SW customer service is extremely helpful in my experience.  Hit them up on Twitter. ... View more

by russcro |
Active Member
in Blog
3 Loves
3 Loves
Our daughter, Brittany, was scheduled to give birth by cesarean section in New York, where she lives, on December 1. Her mother and I live in Kentucky, but we always planned to be there for the big event. We booked our Southwest reservations for November 30, and although we were not packed yet, we pulled our suitcases from the attic. Our grandson, however, was on an entirely different schedule. At about 1:00 p.m. on the Friday following Thanksgiving Day, we received a text from Brittany that said, “In labor. On way to hospital.”   The Friday after Thanksgiving is surely one of the busiest days to fly—this was confirmed when we tried to book a flight to New York later that day. Although we live in Lexington, Kentucky (LEX), we are just over an hour from both the Louisville (SDF) and Cincinnati (CVG) airports. On that day, nothing was available on any airline from these airports—nor CMH, DAY, IND, BNA, or TYS, which are all about a three-hour drive—so we searched for next-day flights. There were scattered seats, but only singles. We were not only going to travel to New York on separate flights, but also from different airports. I planned to drop my wife off at LEX mid-morning on Saturday and then drive an hour to SDF to catch a later flight.   Meanwhile, it’s 10:00 p.m., and Brittany is still in labor. We’re booked, albeit on two different airlines from two different airports, and planned to meet at the hospital in Manhattan on Saturday evening to greet our newest grandson.   But just as I closed my laptop, I had an idea. I remembered that in my college days, I often flew standby. Weren’t those long gone student fares actually standby fares? As far as I knew, there was no way to book standby on any website, but I thought it might be possible if I spoke to an agent. I called Southwest to see.   When I explained our situation to the Customer Service Agent, she said, “Wait, just a moment. Let me check something.” Almost immediately, she returned to tell me that there were two, and only two, seats available on an early flight the next morning from SDF to ISP on Long Island.   “Would you like to book a seat?” Well, YEAH! Fortunately, we were within the 24 hour cancellation window for our separate flights on the two (ridiculously expensive and fee gouging) legacy carriers. And surprisingly, I was able to book the SDF to ISP flight with Rapid Rewards points at “Wanna Get Away” rates and a Companion Pass. How great is that?   I totally forgot about ISP, but Southwest came through to put both of us on the same flight to an airport only an hour-train-ride away from Penn Station. During our train ride, we received a text that baby Andrew was born healthy and happy, just like his mother. Although we didn’t make it to the hospital before he arrived, we were there only an hour or so later. I’m quite sure that after nearly twenty-four hours in labor, the new mom wasn’t quite ready for company until we arrived anyway. Thank you, Southwest! ... View more
Categories:

Re: Travelling with Invisible Disabilities

by russcro |
Active Member
in Travel Policies
1 Love
1 Love
@TamoraAFD wrote: I generally carry my state issued handicap placard as "proof" because I also have an invisible disability and I carry it in plain sight of my fellow passengers as well as flight attendants. No problems That's a GREAT idea, especially if you are taking the HC placard with you for use in a rental car. ... View more

by russcro |
Active Member
in Check-In & Boarding
@qwertyzap wrote: Ha, my wife just stands in line next to me and boards with me regardless of her boarding pass. Sure not the fairest thing to do, but I would end up saving her a seat anyways.  The gate agent doesn't send her to the back of the line... or at least to her proper place in the line up? I regularly see people who try to ''buck" the line denied boarding until it's their turn. ... View more

by russcro |
Active Member
in Check-In & Boarding
2 Loves
2 Loves
Same issue here. When two people are on the same reservation both can be checked in at the same time. The companion is booked on a seperate reservation, so it requires two seperate check in processes.  Perhaps it was a computer issue previously, but with SW's new computer upgrade perhaps both can be listed on the same reservation number, or they can be otherwise linked to allow check in of both.   How about it, SW? Anyone there seeing this? ... View more