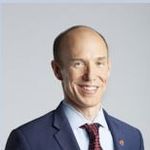 |
Employee
in Blog
1 Love
1 Love
As the adage says, time flies! It is hard to believe that five years ago this week Southwest Airlines began an international chapter in our now nearly 50-year history. On July 1, 2014, seven flights pushed back from gates at Atlanta (ATL), Baltimore/Washington (BWI), and Orlando (MCO) and carried our first Customers toward three international destinations in the Caribbean. Today brings an opportunity to look back at all that has unfolded since and, while celebrating this exciting milestone, look forward to future opportunity.   The framework for Southwest’s entry into an international arena began several years prior with the acquisition of AirTran Airways. As many workgroups from across the Company can attest, navigating various commercial, operational, and regulatory complexities of an international operation are daunting. Bringing in AirTran’s people, planes, and processes enabled us to get a jumpstart on a steep learning curve.   As time went on, we used shared knowledge to take our international network to the next level. Rather than concentrating international service to a small number of mega stations and relying on connections to fill those aircraft, we found opportunities to open point-to-point international service for several cities in which Southwest had already earned a great deal of Customer loyalty. Now, during peak schedules, we offer international service through 24 U.S. airport gateways!     Southwest has continued to mature our international franchise by finding new avenues to improve our performance and offering precision in how we approach serving our international Customers. Our current strategy focuses on bringing U.S. travelers to leisure destinations, so we consistently analyze demand patterns to deploy flights to address that demand. This is why we tend to see additional international service prior to Labor Day, as well as additional trips around the end-of-year holidays. Our schedule design and production groups even address daily fluctuations within individual weeks now to offer less-than-daily service when demand is lower.   Southwest has built out facilities for international operations and places to distribute our service. We have invested in new facilities in both Houston and Fort Lauderdale. These international gateway facilities allow more of the network to connect to international destinations, while maintaining point-to-point routes that enjoy a high level of local demand. Another high priority for future international capability focuses on our ability to accept foreign currencies. Several departments are hard at work to make this capability a reality. In the meantime, we have developed a new avenue for distribution of our product in San José, Costa Rica, to allow direct sell of Southwest tickets to local residents through a City Ticket Office located in the business center of town. This offers a great way for us to build brand recognition in Costa Rica while we work on the capabilities to offer direct sales through Southwest.com.   As the United States celebrates and embraces Independence Day weekend, we also mark a milestone in Company history: five years of spreading our wings to now 10 countries beyond the U.S. Not bad for an airline that started flying between three Texas cities! It is truly remarkable—yet it’s not surprising when you consider Teamwork across the Company that now brings Southwest Hospitality, bags fly free, and no change fees to even more international destinations.   The airline that democratized the sky beginning in 1971 continues that mission today in places where the Southwest effect brings new Customers and changes the landscape of value and service. ... View more
Categories: