The Science behind Flight Numbers

What do you call a flight with eight legs?

a. SpiderRouting b. OctoFlight c. Totally Confusing Technically, both “a” and “b” are correct—spiders have eight legs, and octopi have eight tentacles.  But also correct answer, at least in this context, is “c,” totally confusing! I know many of you have wondered what Network Planning is thinking, stringing flight legs together with no apparent regard to geography.  But we really do have a method to this apparent lapse in routing logic.  It’s really very simple.

We’re running out of flight numbers!

Like any airline, Southwest has to live within a very strict set of flight number ranges and rules.  To start with, the numero-uno industry-wide rule is that no flight number can contain more than four digits, meaning we only have up to flight number 9999 to work with.  (No airline can use 5-digit flight numbers!   While this has been debated in the industry for years, the level of effort to make the change from four to five digits would be HUGE, and even the level of technology change to add alpha characters to published flight numbers would be gargantuan…although it would be fun to “name” flights—“Now boarding, Southwest Airlines flight FRED to Los Angeles.”)

We make the rules.

The majority of our current flight numbering rules are more internal to Southwest in nature, dictated primarily by our operating and scheduling systems, as well as by history.  A few examples:

There are many flight numbers that are simply off-limits.  Some are pure superstition—you won’t see flight numbers 13, 1313, or 666. Others are operational/safety prohibitions, like 737 or any flight number ending in 000 (1000, 2000, etc.) which could cause confusion between the cockpit and ATC.  And some flight numbers literally cancel each other out because they are operating through the same airport at the same time—Southwest has a very complex automated algorithm (called MUFN—Maintain Unique Flight Number) to prevent flights arriving and/or departing at the same airport from sounding too similar to other flights at similar times, confusing flight crews or air traffic controllers.

We’re not the only ones!

Southwest isn’t alone in doing this—most other airlines have new ways to save flight numbers, because they’re running out of numbers as well.  For example, most of the others used to assign odd flight numbers to Westbound or Southbound flights, with even flight numbers assigned to Eastbound or Northbound flights.  But that’s changed . Some, like AA and DL, are scheduling many out-and-backs, where a flight leaves one of their hubs for somewhere then comes back to the same hub.  For example, over at AA their flight 1958 operates DCA-PBI-DCA, while Delta’s flight 1990 operates ATL-SAV-ATL.  United has a different flight numbering strategy, in which they string together flights together but change the aircraft types on each leg (a practice called “change-of-gauge” but really amounts to a connection from the Customer standpoint).  United 1644 operates BDL-IAD-IAH-MCO, yet BDL-IAD operates as a 737-800, IAD-IAH operates as a 757-200, and IAH-MCO flies with a757-300.  And yes, they sell BDL-IAH as a onestop through flight!

Unfortunately, neither of those flight-numbering methods work for Southwest, due to technology issues in numerous Southwest systems.  But because of the linear nature of our network, we came up with a different solution to minimize flight number usage.  At Southwest, any flight can have up to eight legs, as long as they don’t touch the same city more than once, and each flight has to do (more or less) the same things at the same thing at the same times each day of the week.  Not all of our flights have that many legs—actually this summer only three have eight legs, and 17 others have seven legs. But our flight-numbering scheme creates some very “interesting” flight routings, like our flight WN3 which operates ICT-DAL-HOU-MDW-OMA-DEN-ABQ-LAS-BDL.  Trust me….we don’t expect anyone including our enemies or ex’s to fly that itinerary from ICT to BDL, and to prevent that we suppress sale of anything more than a three-stop direct.  And while we do suppress most of the more obvious and bizarre onestop and twostop directs that just fly in the face of geography (like WN4562 LAS-OAK-PHX), sometimes when there are no better alternatives we’ll sell some seemingly odd ones, like WN835 GSP-BWI-BHM or WN125 ATL-BWI-CHS.A change is coming.

Eventually this will change.

We’re working to implement technology changes to give us more lee-way on flight numbering.  But given Southwest’s vast, deep, and linear network, we’re always going to be a maverick (which should surprise nobody!).  So next time you’re looking at a flight number’s routing and you think “ARE THEY CRAZY?” you can answer …… YES.  Yes, we are … crazy like a fox, just like Southwest has always been!  Have a good week everyone!
25 Loves
5 Comments

brian_geller
Explorer C
For the fun of it I priced out a ticket on WN3 on all eight segments. I had to split the flight on to four tickets as the booking engine would not allow anything over 2 or more stops. The total price on Jul-15 was $780.
5 Loves 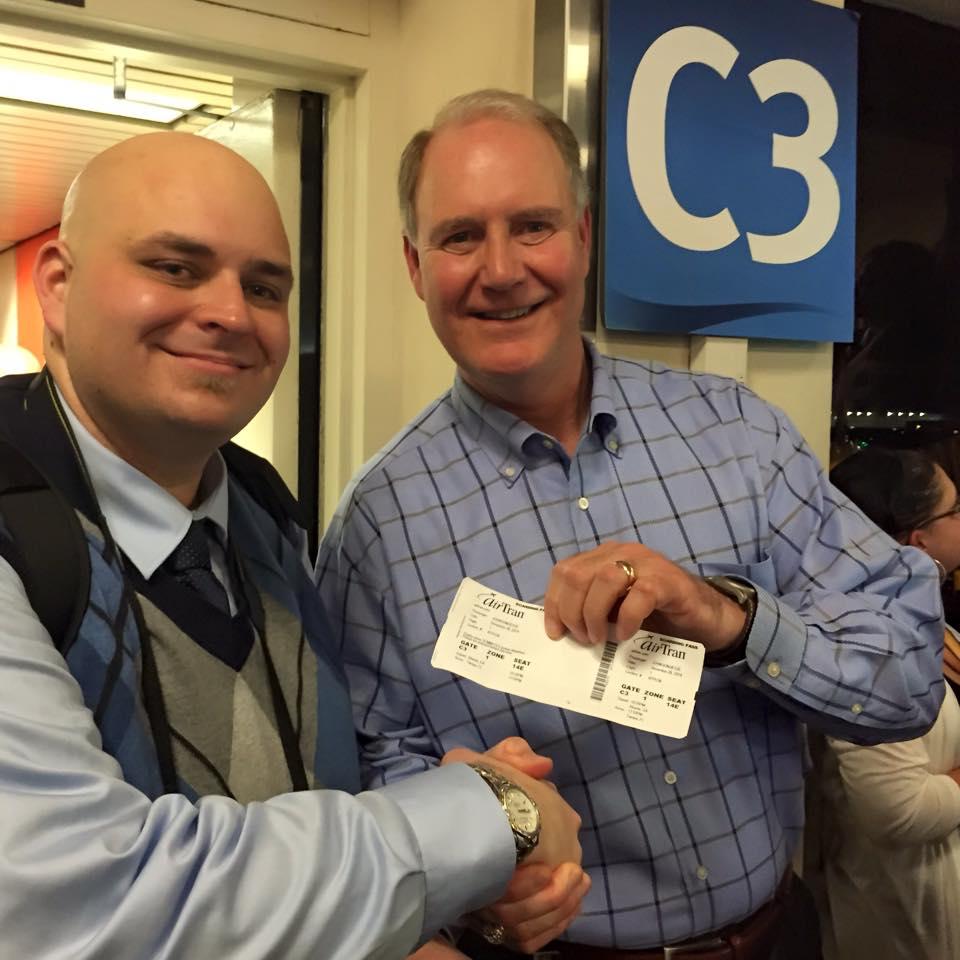 user47
New Arrival
Excellent piece! I go "nuts" for these behind the scenes type pieces which allow me to dig even deeper into the airline I LUV. Thanks for the great insight! - JL Johnson / User47
2 Loves

siddharth_malli
Explorer C
Bill Is there any way to figure out which flights are originating at a given airport? My son has some severe food allergies and we love flying with you because of your transparent policies when it comes to serving peanuts on such flights. And always we have loved the announcements by your flight attendants.....We always fly the first flight out and fly direct as far as possible. Now, I was looking to flying next summer and would like to know if there is a tool that would let me pick the first flight out. For example i want to fly from Hou to SJC on the 30th of June. #2057 is the first flight out of Hou, that is pretty much a given, but is there any way i can find out if #2174 originates in DEN or arrives from somewhere else? The peanut dust from previous legs has caused airborne reactions in the past. Thank a lot.... Sid
0 Loves

Great insights! Do you also have a number of how many of those flights there are?

Is it just a couple, or hundreds of them?