Tis’ the Season for a Red River Showdown 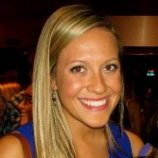 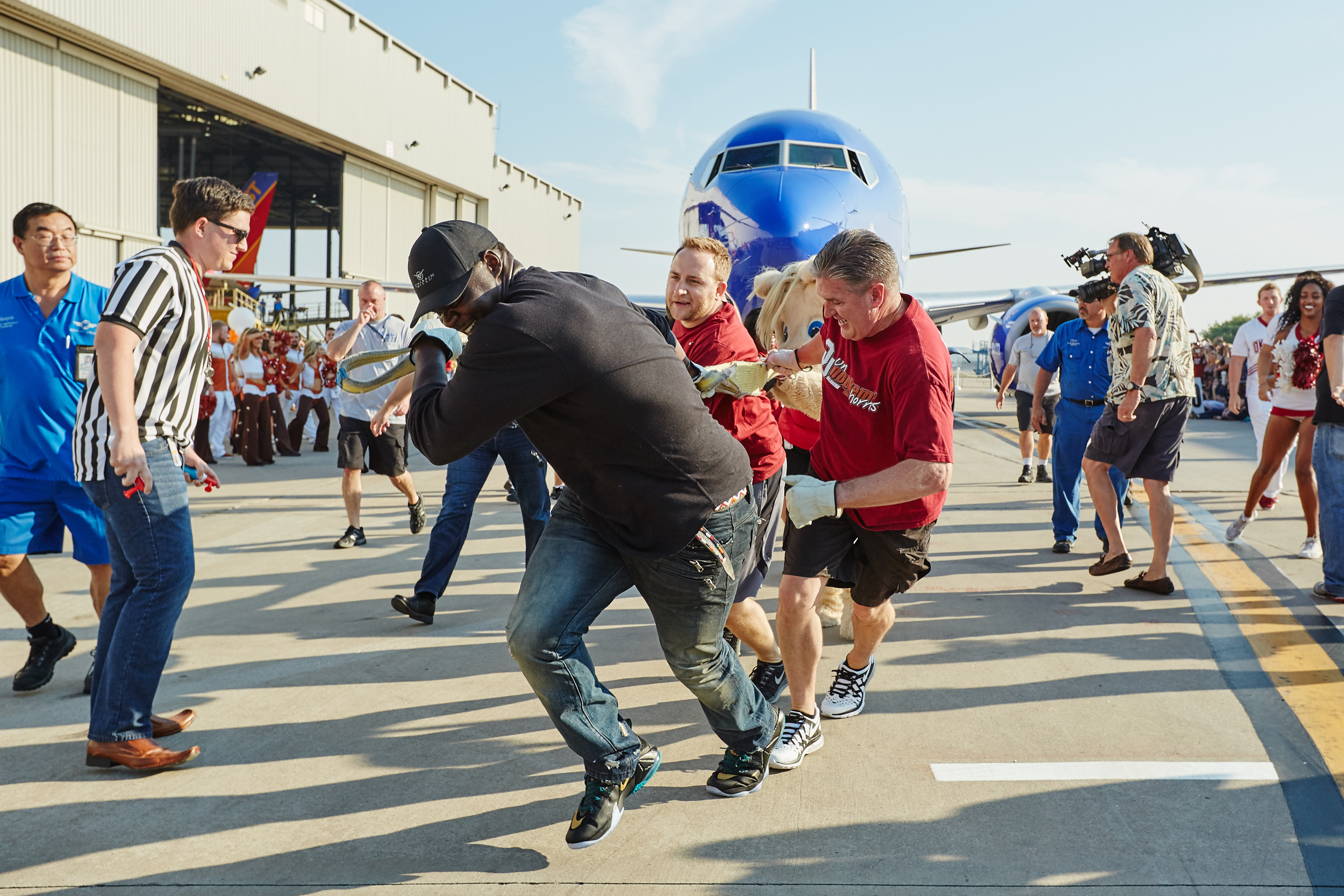 The most subtle shift to cooler weather is always a blatant indicator of one thing: college football season.  And in Dallas, Texas that means it's time for the Red River Showdown--the big game between the University of Texas Longhorns and the University of Oklahoma Sooners!  This is the only time of the year when the spirit of collegiate pride marks a cultural divide here at Southwest Airlines' Dallas Operations.  You're either a Longhorn or a Boomer Sooner at the annual Pigskin Plane Pull! This is the fourteenth year that Southwest Employees have transformed into plane pulling warriors as they represent their favorite school, harness their inner strength, and pull an 83,000-pound Southwest Airlines 737 aircraft down a 50-foot stretch of tarmac. Fueled by a longstanding rivalry, 14 Southwest Employees pulled for either the Longhorns or the Sooners to see which team would cross the goal line first and earn a years’ worth of bragging rights.  What else was on the line?  Victors also received tickets to the Texas State Fair, as well as the highly anticipated Red River Showdown football game. 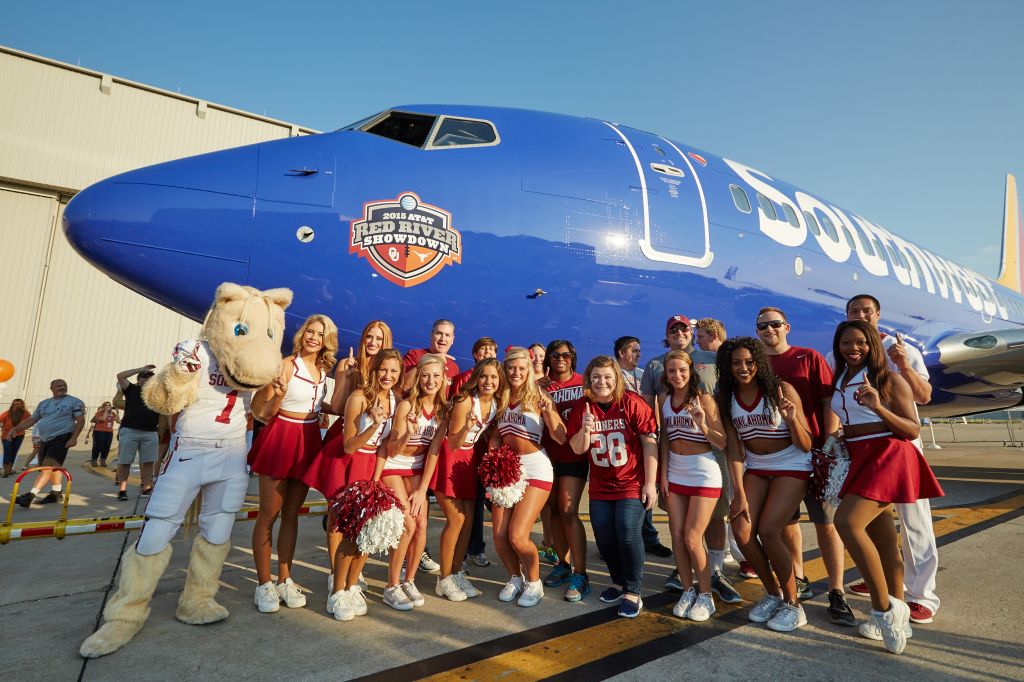 Both teams were also joined by a few special pullers this year.  UT aimed to be victorious for the second year in a row by starting both The Great Donovan of The Musers at Sportsradio 1310 The Ticket and former UT player Quan Cosby, who represented the Dallas chapter of Texas Exes.  On the other hand, OU sought revenge by including Junior Miller of The Musers and former OU player Tommie Harris, who represented the Dallas Club of OU, in their starting lineup.  With teams that strong, it was destined to be a close race! But there can only be one winner. Big congratulations to the Oklahoma Sooners team for winning this year’s Pigskin Plane Pull with an astounding time of 34.91 seconds! 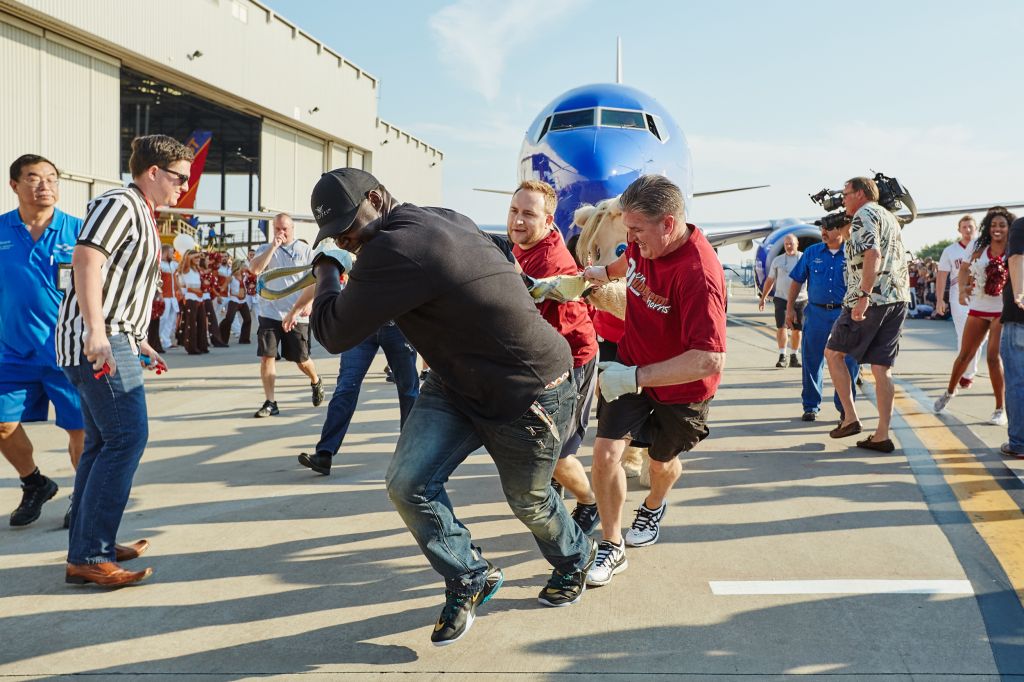 Whether you were decked out in burnt orange or crimson red, we salute our mighty plane pullers for their participation and everyone who came out to cheer on their respective team.  And best of luck to both teams as they kick off another year of rivalry in the Cotton Bowl this weekend!
3 Loves

If weather delayed agent books you for free on next flight right?

Traveling with kids, one not mine

Cancelling One person on a multi-person itinerary