What Does Freedom Mean to You? 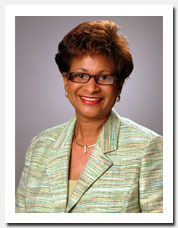 On July 4, 1776, the people of the United States adopted the Declaration of Independence and declared freedom from Great Britain. Since that day, Americans have fought hard for the many other freedoms we enjoy today. For example, on August 26, 1920, women won the right to vote, a right that took nearly 100 years to win. Later, the Civil Rights Act of 1964 was passed banning discrimination based on "race, color, religion, or national origin" in employment practices and public accommodations.

Today, Southwest Airlines is proud to support many organizations that empower diverse communities in all of the cities we serve. Our 46,000 Employees who serve the more than 100 million people who fly Southwest Airlines each year reflect the great diversity of our country and our Company. As a Company focused on low costs and outstanding Customer Service, and in the spirit of exercising our right to live and travel anywhere in our nation, we take pride in giving America the Freedom to Fly.

Freedom means something different for everyone, and people in our country are constantly working to protect our current freedoms and gain new ones. As the Southwest Airlines Vice President of Diversity & Inclusion, I am especially thankful that the People at our Company have the freedom to be themselves. We have a unique Culture that sets us apart from other companies, and while the Southwest Culture is one our Employees share, we enjoy celebrating the differences that make each and every one of us unique. I encourage you this Fourth of July to think about the freedoms you cherish most: the ones that have been hard won, the ones we fight to keep today, and the ones we will fight for in the future.

What does Freedom mean to you? Let us know by commenting below!