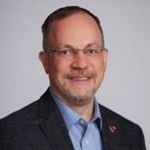 |
Employee
in Blog
14 Loves
14 Loves
Today marks a huge milestone for Southwest Airlines: our very first flights to Hawaii are officially on sale ! We’re thrilled to be able to bring our low fares and Southwest Hospitality to Hawaii! Visit Southwest.com/Hawaii to learn more about Southwest’s offerings for the Aloha State.     We are in the business of connecting People to what is important in their lives, and it is no secret that Californians love Hawaii. To build on our strength in the Bay Area, Oakland will be our first gateway to the Hawaiian Islands.   Daily service will launch to Honolulu on March 17 with one roundtrip during the first week of service and an increase to two flights in each direction daily as of March 24. The state capital was a natural first choice for service to Hawaii, and offers a wealth of attractions to interest a variety of Customers. Next for Oakland is service to Kahului, Maui! We will begin with one roundtrip on April 7, and increase to two flights in each direction daily on April 10. There is so much to experience on the island of Maui, from the beautiful coral reefs to the Road to Hana. Just writing this makes us wish that we were already there!   Also in this schedule, we are excited to announce a second gateway to Hawaii: San Jose, California.   On May 5, we will begin daily nonstop service to Honolulu with one roundtrip. A few weeks later on May 26, Silicon Valley Customers will have more options to Hawaii with the introduction of nonstop service to Kahului, Maui. One thing is for sure … it will be tough to decide between these two destinations when planning a vacation from San Jose!   Another exciting piece included in today's initial Hawaii schedule release is interisland flying. Since there are only two ferries that operate interisland services, flying is an integral part of travel between the islands and we’ve been hearing for years that locals want competitive pressure as a factor in their travel among the Islands.   On April 28, flights between Honolulu and Kahului, Maui take off four times daily in each direction. Just a couple of weeks later, the growth continues when our third destination in Hawaii opens: Ellison Onizuka International Airport at Keahole. This airport is an easy gateway to beautiful beaches around Kona, Volcanoes National Park, and the entire western side of Hawaii Island. Similar to the Honolulu – Kahului, Maui service, Kona will be served four times daily to Honolulu. Our Hawaii Customers will love these flights, and we are excited to be able to offer our world famous Southwest Hospitality on these routes crucial to the Hawaiian economy.   We know you may have questions regarding the availability of connecting itineraries, especially to cities further east from California. Connections will be more likely to generate on our high frequency routes to Oakland and San Jose, and could change based on the operating schedule. When developing these schedules, our primary focus was to offer the best possible timings for local Customers. As we continue to add service to Hawaii and increase some of our technical capabilities, we will only see more cities gain connections to the state.   Be sure to stay tuned over the coming weeks, as we have more flights to announce!     ... View more
Categories: