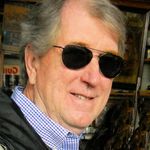 View all badges
Topics djmeyers has Participated In

Re: Flight cancelled twice and cost me a fortune!

by jksobonya |
New Arrival
| Community Champion
in Travel Policies
1 Love
1 Love
I don't think people are very aware just how much Southwest relies on the 737 MAX 8. Southwest had 34 of those planes in operation before the grounding - the most of any airline in the world. So of course, Southwest is being impacted the most by the grounding and not having those planes in service. Cancellations and delays are going to happen because they are stretched thin with the remaining plans that they have in service.    With that said, I fly Southwest frequently (not enough to get A list, but I fly about 1/2 that, around 10-12 roundtrip flights a year) out of PHL and have never had any major problems where I couldn't get to my destination. PHL is a rather large airport though, and I can understand cancellations happening more frequently at smaller airports.    Still - I find it hard to believe that rebooking on Southwest would have been more expensive than the $1200 you rebooked ... how could they not have any alternatives? Where were you flying out of?    --Jessica ... View more