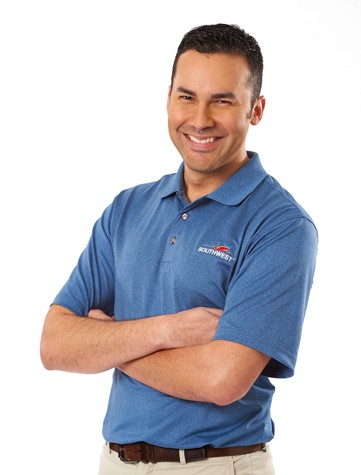 by gbriones |
Active Member
in Blog
4 Loves
4 Loves
Over the past three weeks, you’ve heard from my fellow Diversity Council Members sharing the highlights from this year’s Diversity Summit from leading companies that showed that Diversity and Inclusion is a competitive advantage. Our Vice President of Diversity and Inclusion Ellen Torbert, shared the importance of feeling confident that you can be who you are and bring your whole self to work.  Former CEO of Ernst & Young, James Turley, linked Diversity and Inclusion to “Winning” in the competitive market place.  Coca-Cola’s Chief Diversity Officer Steve Bucherati, emphasized the importance of “Fairness” and how that organically spread throughout the Coca-Cola culture. The last presentation of the day was a panel of Southwest Leaders, and I was excited to hear from our Leaders and what their thoughts were on the topic of Diversity and Inclusion. Southwest’s panel discussion included:  Vice President Communication and Outreach Linda Rutherford, President Emeritus Colleen Barrett,  Senior Vice President Customers Teresa Laraba, Vice President, Diversity and Inclusion Ellen Torbert, and Executive Vice President, Chief Commercial Officer, and President of AirTran Airways Bob Jordan.  The panel discussed how we’ve reframed the dialogue the Southwest Airlines way by linking it to our core values.  The panel recognized the Diversity Council for championing diversity leadership and educating Employees through special events and ongoing communication. In this video highlight, you’ll see an example as Teresa talks about a recent Coffee and Conversation the Company hosted during Pride Month in June.  As a proud member of the LGBT community and Southwest's Diversity Council, I’m inspired by the feedback and conversations from this year’s Diversity Summit. What was your biggest takeaway from this year’s Summit?  Let us know by commenting below!   ... View more

Join the Conversation at the Diversity Summit on A...

by gbriones |
Active Member
in Blog
7 Loves
7 Loves
One thing I love about Southwest is working with Employees who come from all walks of life.  What’s even better is feeling comfortable to be myself at work.  Tomorrow on August 1, we will join the conversation on the importance of a diverse workforce when we host our fourth annual Diversity Summit at our Dallas Headquarters. The incredible lineup features some of our very own—Colleen, Gary, Ellen, and more, as well as Diversity Thought Leaders from organizations like The Coca Cola Company and Ernst & Young.  Be sure to check out the full speaker lineup and agenda. Follow the conversation on Twitter:  Use the hashtags #SWADiversity and #reframethedialogue.  And, stay tuned for video clips of our speakers following the Summit! At Southwest Airlines, diversity is the fabric within our Culture—it’s the secret ingredient that helps us celebrate and relate to one another and our Customers in a culturally relevant way. We hope you’ll join us to reframe the dialogue and celebrate the differences that make us strong and bring out the best in us all. ... View more

by gbriones |
Active Member
in Blog
106 Loves
106 Loves
On Thursday, June 13 the Diversity Council recognized Gay Pride Month by hosting our second Coffee and Conversation breakfast at our Headquarters in Dallas. The meeting featured guest speakers Teresa Laraba, Senior Vice President of Customers, and Bill Owen, Senior Business Consultant.  The room was packed with engaged and excited Employees, leaving standing room only for the meeting! Bill Owen kicked off the discussion by introducing his partner, Kent Henry.  Bill proudly announced their upcoming marriage at the SWA Bryant Park Porch in NYC.  He’s a proud father and grandfather with no shortage of funny stories (both personal and professional) to which many in the room could relate!  With more than 22 years of Southwest Airlines experience, Bill has navigated his way to his role as a Senior Business Consultant in Network Planning.  Bill talked about his experiences and the challenges he faced before coming out to friends, family, and Coworkers.  One thing that really resonated with the audience was Bill’s confidence in who he is and the acceptance he’s felt while working at Southwest Airlines.  Coming out can be a scary thing whether in one’s personal life or in a workplace setting and Bill’s testaments were those of LUV and support.  Bill concluded with a powerful story about witnessing LGBT bullying of other students in high school and keeping quiet in fear of the bullies targeting him.  After that, Bill vowed to never be a silent witness going forward and to stand up for equality and respect.  That’s one of many reasons he and Kent are passionate supporters of GLAAD (Gay and Lesbian Alliance against Defamation).   Teresa Laraba began her talk with an inspirational quote, "Unconditional love is not situational or negotiable.  It is unconditional."  As Senior Vice President of Customers with more than 29 years of Southwest Airlines experience, Teresa expressed her gratitude to the exposure of the LGBT community throughout her career with SWA.  She's a proud mother of two daughters and recently welcomed a new addition to her family when her daughter, Cat, married her partner.  Teresa spoke about her experience with being the mother of a gay daughter and shared stories of her daughters growing up and the significant differences within her girls at an early age.  When Cat came out to her in high school, her immediate reaction wasn't of shock or disappointment, but that of overwhelming love and support.  Teresa explained that her main concern was how other people would treat her daughter.  Soon after Cat came out, she heard stories of bullying even altercations from the parents of Cat's friends.  Cat, who was also present at the meeting, shared her personal and professional experiences.  She shared that when she came out, she felt a huge weight lifted off her shoulders and expressed her gratitude of her family's strong support during that time. As we concluded the conversation with Q&A, several Employees shared their coming out stories and experiences within their respective work groups.  As a member of the Southwest Airlines Diversity Council, I can say that we look forward to our next quarterly Coffee and Conversation which will be held in recognition of Disability Awareness Month.       ... View more

Growth of a Social Media Team

by gbriones |
Active Member
in Blog
293 Loves
293 Loves
Last year, our Customer Relations/Rapid Rewards Department partnered with our Communications Department to form a brand new Team who would listen and respond to Customer inquiries through our social media channels. Our Customers are very active in the social media space and they expect their favorite brands to be social media savvy as well.  Some of the channels the Customer Relations Social Media Team monitor include: Facebook, Twitter, Flyer Talk, and other aviation related blogs and forums.  With over 3 million fans on Facebook and over 1.3 million followers on Twitter alone, we have many opportunities to chat with our Customers.  We primarily monitor our channels for Customer complaints,  travel or policy-related questions, and compliments!  From a Customer experience perspective, it’s pretty cool for our Customers to receive in-the-moment answers and solutions to their questions or feedback.    The CR/RR Social Media Team of three works closely with our Communications and Marketing Departments to support our social media strategy.  Since our Team debuted in June, 2011, we’ve corresponded with thousands of our Customers and Southwest Airlines Fans.  CR/RR Specialist Verity Kugelmann says, “Our Customers are typically grateful for the help when we reach out to them on our social channels!” We often hear that our Customers appreciate the convenience of Customer Service via Social Media.  Further, they appreciate the personal touch we put on our responses. For example, if a Customer on Twitter reaches out to @southwestair, we respond to the Customer Service-related inquires from our personalized accounts: @southwestgabe, @southwestverity, or @southwestnicole.  One of our favorite stories came from Customer BJ Schone, who creatively wrote a letter and tweeted us about his damaged bag.  CR/RR Specialist, Verity Kugelmann worked with him on an in-kind response that generated positive buzz for Southwest Airlines, despite the unfortunate situation. You can see her response here . It’s been a great year and we look forward to what the rest of 2012 and beyond has in store for us!   ... View more

by gbriones |
Active Member
in Blog
210 Loves
210 Loves
Do you ever find yourself sifting through a pile of paper at your desk looking for your meeting notes and those few to-do items? Or, have you mistakenly throw away that action item for this week’s deadline? This has certainly happened to me (d'oh!), so I decided to try something new. I picked up a small, magnetic dry erase board from Urban Outfitters for about $10 for my work station. It’s a quick, easy solution for meeting notes, to-do lists, and reminders. Future items can easily be added to my Outlook calendar, further reducing my overall use of paper. Here some additional tips for reducing paper usage:  Set printer defaults and copiers to double-sided. Use that back side of printed paper for drafts, internal documents, or scratch paper. Send documents electronically when possible. Create shared drives for work groups to access pertinent information when needed. Use the notes function of your smart phone, tablet, or electronic device. Recycle office paper and encourage others to participate. Reduce, reuse, recycle.  That’s one of my New Year’s resolutions.  Let us know how you plan on using your green filter in 2012 by commenting below or by sending your tips to green@wnco.com. DING!  You are now free to be green! ... View more

by gbriones |
Active Member
in Blog
13 Loves
13 Loves
What a great story, thanks so much for sharing 🙂 ... View more