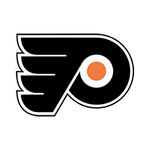 by Flyerfan |
New Arrival
in Check-In & Boarding
@LuckyB, I agree, that unless I have an early A and can get an exit room or near the front of the plane, that I don't mind waiting until more people have selected their seats to decide where the quietest seatmates may be! If you do get an A boarding pass, you don't have to board when your place in line comes up. You can always get in line later! ... View more

by Flyerfan |
New Arrival
in Check-In & Boarding
1 Love
1 Love
@vincentstjohn, That's a great point about connecting flights. I hadn't thought much about that, but it's probably a big factor here. Most of the flights I've been taking lately originate in the city where I board the flight, but I suspect you're right that this one did not start in Las Vegas and there were probably quite a few passengers picking up this flight as a connection after starting someplace else. ... View more

by Flyerfan |
New Arrival
in Check-In & Boarding
@DAL, It's definitely not a disaster to have a later boarding time when flying alone and you're right about having some choice in where you're sitting (I'm usually more concerned with who's sitting around me, particularly trying to avoid someone who might kick my seat during the flight!). I'm just curious if this was an isolated instance or if it's more likely on Las Vegas flights than maybe from other locations. My boarding passes have been later in the past (I'll usually get a mid/early B and sometimes a little later flying to/from other destinations), but getting a C was a bit of a shock. ... View more

How often do you get C boarding passes checking in...

by Flyerfan |
New Arrival
in Check-In & Boarding
1 Love
1 Love
How often have folks received C boarding passes when checking in exactly 24 hours before a flight? I usually travel alone and am pretty good at remembering to check in for my flights, so Early Bird isn't much of a value to me, but I recently had a new (to me) experience flying home from Las Vegas at the beginning of August. I checked in exactly 24 hours before my flight (I saw the time on my phone change and immediately clicked the check-in button) and received a C-8 boarding pass. It wasn't a big deal, as my flight was on one of the larger (800 series?) planes, so I still ended up with the window seat I wanted, but it made me wonder if I should expect more C passes in the future?   I've flown Southwest a couple times every year since 2006 and this is the first time I've had a C boarding pass unless I've completely forgotten to check in anywhere near on time. Do you think this is just a case of Early Bird being more popular now? Do you think more people flying home from Las Vegas use Early Bird than in other locations? Are there more A-List folks on flying from Las Vegas? Or, was this just a fluke or something else likely the cause? Just curious what your experiences have been and what explanation for this is most plausible. Thanks! ... View more

by Flyerfan |
New Arrival
in Rapid Rewards®
1 Love
1 Love
I never knew that the drink coupons came every 10 flights. Do flights booked with points count toward that? Do all the flights have to be in the same calendar year, or is this just a running count that every 10 flights I earn another set of coupons? I guess this isn't the most important thing, but I've occasionally wondered what triggered the coupons. ... View more