Good Morning From the Information Superskyway! 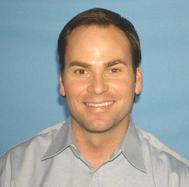 There's a different blue glow in the pre-dawn sky over Texas this morning.  It's the diamond light of productivity from internet-connected laptops and smart phones aboard Southwest Airlines flight 1 between Dallas Love Field and Houston Hobby Airport.

I started this blog from my middle seat at 33-thousand feet with both my MacBook and iPhone tethered to the internet as we speed toward the Texas Gulf Coast.

"This is cool!" I heard Gary Tsatch say as he enabled wi-fi connectivity on his iPhone.  All the while, he remained in 'airplane mode'  while firmly planted in his comfy aisle seat.  ( Cellular technology is not compatible with the internet service offered by Row 44, Southwest Airlines' partner in this first-of-its-kind offering of satellite-based internet service on a major US airline. )

Tsatch, who commutes three or four times monthly to manage databases for clients across Texas and Oklahoma, was pleased to learn he was experiencing another first in the sky.

"I was onboard the first 727 from DFW to LAX with Airphone technology back in the 1980s," said Tastch.  Other US airlines which have recently begun offering wi-fi service on select routes and limited aircraft rely on those same land-based towers to get connected.

As we passed through 10-thousand feet elevation, most of us sitting on the aircraft quickly grabbed our technology of choice to take advantage of the new wi-fi offering. The system was working overtime to keep up but as soon as it kicked in so did we and..there was no looking back for the Customers onboard. I managed several e-mail replies and letters during the 44 minute flight.

"Anytime I can knock out e-mails and take care of things if I have a few minutes of downtime, it saves interruptions later,"   Tsatch conferred with a colleague in the seat in front of him, who was also online.

Southwest Airlines is testing the service pending FCC approval and is currently offering it to Customers free of charge on one 737-700 aircraft.  By early March, four of Southwest Airlines' aircraft will be internet-capable.

Camino_Cielo
Not applicable
Over on FlyerTalk, people are saying it's on two planes, 901 and 902? And, please, say people won't be talking on phones..... Wasn't the stake driven into that idea at least for the foreseeable future? In any case, bra-vo for the launch!
21 Loves

Bob_G
Not applicable
Based on the following comments, lifted directly out of the blog, the initial service doesn't sound too robust. "I started this blog from my middle seat at 33-thousand feet with both my MacBook and iPhone tethered to the internet as we speed toward the Texas Gulf Coast." Where and when did you finish and publish it?" "The system was working overtime to keep up but as soon as it kicked in so did we and..there was no looking back for the Customers onboard. I managed several e-mail replies and letters during the 44 minute flight." Again, the language does not suggest an easy interface with the net.
24 Loves

Sean7
Not applicable
The trial was announced in Jan 08 and was supposed to be on 4 planes LAST summer. Now it's supposed to be this summer. I'm not holding my breath.
19 Loves

Kurt_E_
Not applicable
Hmmm, I logged on with no problem and I'm cruising the 'net with better response than my Roadrunner service at home. Bob G and Sean F must work for the ground tower based guys -- how can you critique a system you haven't tried and I'm looking at snow below us so it sure doesn't feel like summer to me! This is cool!
14 Loves

Sean7
Not applicable
It certainly hasn't been available on any flights I've been almost every week over the past year. The pilot has been running for over a year now. How long does it take to test it?
18 Loves 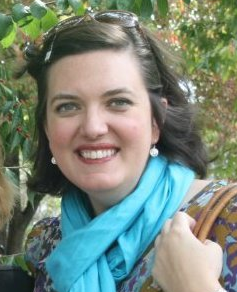 katie-coldwell
Not applicable
I'm on N901 right now flying from SAN to OAK, and have logged on with no problems--LUV this!
16 Loves

Camino_Cielo
Not applicable
curbcrusher answered the big question over on FlyerTalk, and that could be taken as the word, but can we hear (again) Southwest's official commitment that this is not going to include voice? Pleeease? With the several blog entries going, it's getting difficult to tell who is Southwest's guru or at least spokesperson for wi-fi, so I'm asking again here, since this is where I asked the first time. Thanks!
19 Loves

blusk
Not applicable
Firewind, This is an except from the Q&A given to our Employees: Customers cannot: • Cell phone text messaging (SMS text messaging) • Surf the web from a cell phone or similar device that is not Wi-Fi equipped (please note: many Blackberry® devices on the market fall into this category) • Use a Wi-Fi device that does not have an internet browser • Use voice connections such as VOIP (Skype)
16 Loves

Sarath_Fortenbo
Not applicable
Send me a e-mail address I can correspond some info to you....thanks
20 Loves