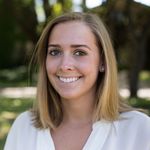 |
Employee
in Blog
5 Loves
5 Loves
At Southwest Airlines, we love to inspire future generations to succeed and one of the many ways we do that is through our Adopt-A-Pilot program. Since 1997, our Pilots have dedicated their own time to help students define, articulate, and plan for future success; all while enjoying fun-filled lessons! While the purpose of Adopt-A-Pilot is to inspire children to become whatever they want to be, it’s even more special to learn that former Adopt-A-Pilot children have grown up to work in aviation!   Atif and Adam Fareed Atif Fareed and Al Shawcross are both Southwest Airlines Pilots who volunteer as Adopt-A-Pilot Ambassadors. Atif and Al were both “adopted” by their sons’ elementary school classrooms to help teach and mentor young students. Atif taught his son Adam’s third and fifth-grade class at Tuskawilla Montessori, and Adam’s enthusiasm over the program convinced Atif that all students deserve to be inspired by these STEM lessons. Seeing the passion these students had inspired Atif to continue volunteering for Adopt-A-Pilot year after year.   Adam recalls always admiring his father, but it wasn’t until his father came to his class that he was inspired to become a Pilot. Now, years after his Adopt-A-Pilot lessons, Adam is officially a Pilot based out of Washington D.C. working for Trans States Airline, a United Express affiliate.  Adam and Atif even had the opportunity to conduct an Adopt-A-Pilot program together at Leaders Preparatory School.    Adam shared, “the feeling of giving back to students is rewarding, and I hope my story can inspire students to reach new heights.”   Al and Tim Shawcross Al and his son, Tim, have a similar story to the Fareed family. Al had only been a part of the Adopt-A-Pilot program for one year before setting foot in Tim’s fifth-grade classroom. After seeing the excitement and aspiration in the student’s eyes, Al continued to teach that same fifth grade class year after year. Tim always loved flying and felt free when airborne, but the idea of a career as a Pilot was brought to life only after his father’s Adopt-A-Pilot lessons. Tim used his Adopt-A-Pilot inspiration to start a career in aviation and is now a First Officer for SkyWest Airlines. For the last two years, Al and Tim have been teaching the same fifth-grade class together and continue to inspire students as a father-son duo!   Since the Adopt-A-Pilot program started, countless students have been inspired to pursue their dreams both inside and outside of aviation. As we celebrate Father’s Day, it’s incredibly special to see how Atif and Al have come full circle and now carry on the Adopt-A-Pilot legacy with their Pilot sons. ... View more
Categories:

|
Employee
in Blog
4 Loves
4 Loves
Oakland based Pilot, Peter Vanpelt, has been inspiring students both locally and abroad for the past five years as an Adopt-A-Pilot Ambassador. The Adopt-A-Pilot program allows Pilots to volunteer their time by visiting classrooms and mentoring students by sharing their knowledge of aviation.   Before joining the Southwest Family, Peter spent 25 years serving in the Air Force and was stationed Germany. As an Adopt-A-Pilot Ambassador, his first “adoption” was by his son’s second-grade class at Ramstein Elementary School on the Air Force base in Ramstein, Germany. Peter fell in love with the program and continued teaching his son’s third and fifth-grade class at the German Air Force base.   After seeing the excitement and inspiration on student’s faces, Peter has continued to participate in the Adopt-A-Pilot program abroad in Germany year after year. Peter says that “bringing the Adopt-A-Pilot program to Germany is fun and the kids get something useful out of it.” Most of the students at Ramstein Elementary School were born in the U.S. or have American parents, but are too young to remember the States. Peter uses the Adopt-A-Pilot program to expand the student’s perspectives through the idea of flying all while incorporating U.S. culture in his teaching.   In school, the students learn about United States history, geography, and state capitals but lack real-world application. They have a hard time understanding how one country can be as big as the United States. One of Peter’s favorite lessons is to have the students each pick a state and bring fun facts about it to their Adopt-A-Pilot class as a neat way to incorporate American geography into their learning. Between each Adopt-A-Pilot class, he arranges his work schedule to fly to a variety of different states. Peter picks up an airport trinket in each state and brings them back to Germany. After each student shares their fun fact, Peter rewards them with a souvenir from their chosen state.   Peter even uses the classes’ European location to his advantage when explaining the history of flight. Many pioneers of aviation are from Europe and recognizable historical figures to the students. Germany has deep historical ties to aviation and aerodynamics, so instead of using paper airplanes, Peter buys each student a World War II model airplane to build and fly themselves. Last year, he purchased several large gliders with moveable control surfaces to teach the students a more accurate way of how planes are controlled.   Recently, his son advanced from a student to an assistant teacher and now helps Peter with the Adopt-A-Pilot classes. Many of his students have taken an interest in aviation and are quick to pick Peter’s brain on his experiences as a Pilot. Some students even plan to find a career in the sky! ... View more
Categories: