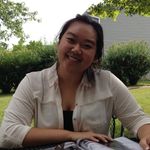 |
Employee
in Blog
1 Love
1 Love
“You can do hard things. You can do fun things. No age can keep you from going out and enjoying your life.” —Bruce McEwen, National Sales Manager, Clabber Girl Corporation Photo by Chad Kirkland Whether he’s driving from Louisiana to Florida to catch a snowstorm, or going skiing with Robert Redford, Bruce McEwen doesn’t shy away from adventure. As a national sales manager for Clabber Girl Corporation (yes, the baking powder company), Bruce flies out of Salt Lake City every week to meet his clients face-to-face. But a busy work schedule doesn’t keep him from preparing to break a Guinness World Record. Once he makes his way to Hawaii, Bruce will be the first person to ski natural snow in all 50 states—with nearly all of his flights on Southwest. Thanks for your loyalty and passion, Bruce. Your spirit of adventure and love for our Company inspires us all!   —Eunbee Kim, Communications & Outreach   Blazing Trails “There’s something to be said for doing one of the very few things no one else has done before.”    For the Record “My skiing adventure started almost 30 years ago when I realized I already had about 20 states under my belt. From there, I figured I might as well try to reach all 50.”   Flight Connections “I met a guy on one flight who turned out to be a ski patroller in New Hampshire. He asked when I planned to head that way, and I told him my plans—I arrived to a welcome banner and complimentary lift ticket!”     Bruce was also one of the first to ski in the Swiss Alps this season, hitting the slopes with his son on opening day. While he doesn’t plan on tackling any additional World Records, he does love exploring all the different slopes the world still has to offer. Even more, he loves meeting fellow Southwest Customers and hearing all of their crazy and wonderful stories along the way. Make sure to keep an eye out for Bruce, as you never know when you’ll be inspired by his fun-loving outlook on life. ... View more
Categories:

Traveling with Pets: Everything You Need to Know t...

|
Employee
in Blog
2 Loves
2 Loves
“I instantly fell in love with airplanes, flying, and Southwest.”— Darin Sanders, Manager, Inflight Training   Photo by Justin Clemons It was love at first flight for Darin Sanders, who, at 10 years old, flew Southwest to visit his relatives. He was captivated by the plane and knew he wanted to work for the Company someday—and the rest is history. He started as an Intern in 1995 before working as a Flight Attendant and on the ground at our Dallas Headquarters. These days, Darin is a Manager at Southwest University, where he helps oversee the training program for Flight Attendants and works hard to ensure they graduate as Hospitality experts. Like many of his fellow Employees, Darin is a travel and aviation enthusiast, and one of his favorite memories is when he was selected as part of the Crew that delivered a new Boeing aircraft from Seattle to Dallas. We’re lucky to have you, Darin, and we’re so glad you took that first flight!   —Sarah Mattina, Communications & Outreach   Speak Up “I’ve always had opinions, but when I was younger, I struggled to have a voice. Leaders here have helped me recognize my value in sharing my opinion and being direct.”   Job Perks “We get to see People start without knowing anything about airlines or airplanes, and in four weeks, they’ve graduated and are competent, confident Flight Attendants.”   California’s Calling “Once a year, I take what I call a ‘plane spotting’ trip to LAX. I’ll rent a car, drive around the airport, and go to the beach where the planes take off overhead.” ... View more
Categories:

Tristan Meets His Match: Connecting People to What...

|
Employee
in Blog
2 Loves
2 Loves
In April 2016, Tim Thompson and Ashley Leecy were thrilled to add Tristan to their family of three. Tristan made the perfect complement to older brother Trevor, and while he was fragile and prone to illness as a newborn, all seemed normal until he was six months old. Unbeknownst to them, Tristan and his family were about to embark on a journey they never could have imagined. After multiple hospital visits and mounting frustrations as they worked to find out what was plaguing him, Tristan was finally diagnosed with Bridges-Good Syndrome, a rare genetic disorder also referred to as Chronic Granulomatous Disease (CGD). CGD is a genetically inherited disease that comprises about 20 new diagnoses each year in the United States. The disease makes a critical part of one’s immune system nonfunctioning, and most patients do not live past the age of 25.   Tim and Ashley clearly remember the despair that came over them when faced with the truth that Tristan’s life had taken a drastic turn. After consulting with their local hospital and conducting research of their own, Tim and Ashley learned about the advanced stem cell and bone marrow transplants run by the Children’s Hospital of Philadelphia (CHOP). Despite the 300+ miles separating CHOP from the family’s home in Rochester, New York, they knew this could be Tristan’s only chance at a normal life.   The Thompson family made the decision to undergo a bone marrow transplant just six months after Tristan’s diagnosis, knowing full well that he would need 10 days of rigorous chemotherapy just to give his new immune system its best chance at thriving. Within two days, a perfect 10/10 match was found in Bob Byers, a high school football coach living over 500 miles away in Niles, a small town in Michigan just north of South Bend.   Bob joined the Be the Match Registry after his wife Becki had been diagnosed with and beaten cancer on two occasions, and his donation to Tristan marks his second since that fateful registration. Bob recalls landing at Midway Airport in Chicago to a barrage of missed calls from Be the Match, who notified him that he was the only match in the entire country for a little one-and-a-half year old boy. He remembers it as a moment of sheer terror shared by him and Becki, as parents themselves, on behalf of this family.   The Thompson family was hit with yet another surprise when Bob’s identity was finally revealed one year after the transplant. Despite not knowing who the recipient of Bob’s stem cells was, Tristan had been honored as the honorary captain before every home football game at John Adams High School all the way in South Bend, Indiana.   Bob’s players even voiced their support for Tristan in the time leading up to the meeting, with key offensive members Ira Armstead and Jackson Joyce telling media that “[Tristan’s] one of us. He’s a part of the team”. Beyond naming Tristan an honorary captain, the team even sent a signed jersey with a video of them cheering Tristan on, while Bob sent his “little brother” a stuffed penguin with a get well note.     Bob easily refers to Tristan as his little brother now that they share the same blood type, and even all of Bob’s allergies. Bob says the meeting was like a dream, as he could have never imagined meeting this new brother in real life.   Tristan’s mom, Ashley, looks back at the entire experience as one that’s served to reset everyone to the key values of life. “There’s just so much perspective with this in our lives. The rest is just noise. I mean, this is real, this is important, and this is what it’s about.”   In the months leading up to this meeting, Ashley remembers anticipating much ugly crying on her end. After waiting a year and a half to meet the man that saved her son’s life, she wanted to show her thanks and give Bob a bone-crushing hug. Southwest was glad to catch a glimpse of this emotional encounter.   To learn more: visit join.bethematch.org/TristanAndBob   ... View more
Categories:

|
Employee
in Blog
“Don’t be afraid. If the opportunity is right there but doesn’t work out, another door is going to be open.” — Ann Korando, President and CEO, BBF&K Consulting   Photo by Cade Martin As the CEO and president of BBF&K Consulting, a firm that provides guidance to organizations on fundraising strategies, outreach, and program development, Ann Korando regularly takes to the skies to meet with clients. She chooses Southwest because she can easily accommodate her changing schedule by modifying her flights without penalties. Ann’s favorite part about being a Southwest Customer is redeeming her Rapid Rewards points—she’s one of 11 kids, so she often uses points to buy tickets for family members so they can visit. Thanks for your loyalty, Ann. We’re proud to connect you to what’s important in your life!   —Alyssa Comins, Communications & Outreach   Run On “I’ve been running with one of my girlfriends for 20-plus years. We run the National Mall at 6 a.m.—I like to say we solve our own problems and the world’s.”   Career Credo “My tagline is ‘connecting people, ideas, and fun.’ I typically raise money for the STEM fields for kids K–12.”   Friendly Flight “I haven’t met a wall that I didn’t like to talk to. I actually earned a new client by chatting with the person next to me onboard.” ... View more
Categories: