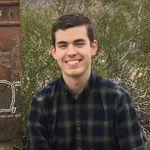 View all badges
Topics kitrickm has Participated In

Re: Behind the Scenes: Citizenship at Southwest Ai...

by Devin4Climate |
Employee
in Blog
These things all sound great but why has Southwest partnered with the largest funder of extreme fossil fuels (tar sands, arctic drilling, coal funding...), UP Morgan Chase for their credit card?  There is a major divestment campaign against Chase.  This is well illustrated by the Rainforest action network study on climate change banking.   My wife and I are divesting from all Chase accounts (bank accounts, 401k mutual funds and our Southwest Rapid Rewards credit card).  This will unfortunately mean that we will fly Southwest a lot less.    I am sure that many banks would want to do business with Southwest and pressure from a big client like Southwest could pressure chase to stop hastening our collective demise. ... View more

Re: When Every Second Counts, Customers Can Count ...

by Jwalsh3rd |
Employee
in Blog
1 Love
1 Love
Does anyone else remember those old plastic boarding passes?  How many germs did those things spread?  I have found the mobile boarding pass to be one of the best changes in the last few years at Southwest.  Only problem is trying to figure out if the number on the pass in front of me is really a lower number or I am behgind a poacher..LOL.  I suppose the unintended, but good consequence of the mobile boarding pass is that we must talk to each other instead of looking ove someone's shoulder to see if they are ahead of you or behind you. ... View more

The Race to Impact: Southwest Helps a Customer Fig...

|
Employee
in Blog
For Sam Schmidt, a 30-year Southwest Customer, racecar driving is his passion. It’s the love of the sport that led Schmidt to race in the Indianapolis 500 between 1997 and 1999, and why today he owns his own racing team. “The adrenaline rush, and the thrill of the competition always keeps me coming back,” said Schmidt.   A Passion in Jeopardy While training for the 2000 season, Schmidt crashed at the Walt Disney World Speedway. The fluke accident blew apart his c3 and c4 vertebrae in his spinal cord. He was unconscious and airlifted to a trauma center where he was on a ventilator for six weeks. “Now, I have no control of anything from the biceps down, and I need help to do most everything,” said Schmidt, “and I was told I would never drive again.”     While Schmidt couldn’t drive, he could own, coach, and mentor a race team. That’s exactly what he did, and much more.     Southwest Airlines Keeps the Race Within Reach Schmidt has relied on Southwest for decades, even before the accident to get him to the race, quickly and reliably. Southwest’s frequent, non-stop service was ideal for Schmidt’s business, not to mention the no change fees and generous baggage policy.   “Initially after the injury, I had a lot of anxiety with how I could travel, how to prepare, or what to bring,” added Schmidt. Today, Schmidt travels exclusively aboard Southwest. He credits well-trained Employees on the ground for helping him to develop a consistent system and routine that works for him. Schmidt, a wheelchair user, requires specific accommodations to make the flight possible.   “Southwest goes the extra mile to be prepared for Passengers with disabilities; they don’t make you feel uncomfortable or singled-out,” added Schmidt. He also has made some friends along the way with Pilots, Flight Attendants, and the Southwest Employees on the ground across the Southwest system.       One of them is Indianapolis-based Ground Operations Agent Duane Thalley. “I have worked with Sam for the last five years and it has been a pleasure. He always texts me to see if I am working the flight he’s on; he’s even invited me to a few races,” Thalley said.   In addition, Southwest’s open-seating policy and boarding process makes it easy. Customers with disabilities or those needing extra time have an opportunity to board the aircraft first, enabling them to select the seats they need, without a hassle. For Schmidt, that is always in the first row. “On Southwest, as long as you direct your care, it will be fine. Southwest welcomes individuals with disabilities with open arms,” said Schmidt.   Last year, Schmidt took 40 roundtrips aboard Southwest. “There would be no way to do everything I do, between the team, the Foundation, the Corvette, and the speaking engagements, without Southwest Airlines,” added Schmidt.   At the Destination Once on the ground, Schmidt has made it his mission to improve the lives of all people with disabilities. The Sam Schmidt Paralysis Foundation created Conquer Paralysis Now, which aims to do just that: fight for a paralysis cure. The organization funds scientific research, medical treatment, and technological innovations.       The organization recently opened an intensive rehabilitation, neuro-recovery center in Las Vegas through its Driven Program. The center works to explore innovative supports for people with disabilities. Its vision is to become a community center for all people with disabilities where they can ask questions and feel a sense of belonging. The facility even has an accessible yoga studio and a gym, complete with classes. “I have been driven my entire life; driven to compete, driven to race, and driven to support people with disabilities, so that’s why we call it the Driven Program” added Schmidt.   Leading by Example back in the Driver’s Seat Schmidt looks at his sleek black Corvette. He buckles his seatbelt, blows into a tube to accelerate, and to turn to the right; he turns his head and looks right. Part of a partnership with Arrow Electronics, the semi-autonomous Corvette has allowed Schmidt  to feel the same rush of adrenaline that he’s craved since his Indy 500 days. “I want to show people that it is possible to push the limits, I have done it my entire life and I don’t plan on stopping,” said Schmidt.     The Corvette is proof of something else too: how technology is improving the lives of people with disabilities. “You can really solve any problem that you put your mind to if you have the right help and support,” he added.     “The key to life is finding that passion and discovering what makes you get up every morning. Keep adding passions throughout your life and do fantastic things. The reward is worth the battle. I am thankful for those around me, and for the great People at Southwest for making it easy to do the things I love,” said Schmidt. ... View more
Categories: