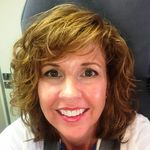 |
Employee
in Blog
1 Love
1 Love
At Southwest Airlines, we are committed to environmental sustainability, taking meaningful steps to respect the environment, and mobilizing our People in ways that make a positive impact. In honor of Global Volunteer and Earth Month, our People contributed to our overall impact by learning, serving, and giving. Throughout April Employees across the Company served over 7,100 volunteer hours, sharing their love for our environment and our communities.   Check out some of the fun ways Southwest put its Heart in Action throughout April:   Employees had a ball making seed balls - plant a seed and flowers will grow! The San Antonio Center Team hosted two events, making dozens of seed balls that will be planted to help create pollinator habitats.      On the corporate campus, Employees joined in the pollinator fun making seed balls, while others were digging in and cultivating the Southwest Airlines Community Garden.        Employees in Denver helped beautify classroom gardens at Clayton Early Learning Center. While our Cohearts in Houston came together at Seawolf Park in Galveston, Texas for a beach clean-up.        Team San Jose started the month at Second Harvest Food Bank sorting fruits and veggies for distribution to families in need and topped it off with a clean-up project at the Guadalupe River Park Conservancy.      Not to miss out on the fun, Employees from Los Angeles spent a day in the sun, volunteering alongside LAX Coastal Chamber and other community members at the Earth Day Wetlands Clean Up. And Employees in Hawaii were part of the solution, not pollution during their beach clean-up!         ... View more
Categories:

|
Employee
in Blog
At Southwest Airlines, championing educational attainment for all continues to be a foundational principle that drives our work across the communities we serve.   We are thrilled to kick off the New Year by launching applications for the 2022 Southwest Airlines Scholarship Program. This program continues our focus on providing equitable education opportunities to students by ensuring possible barriers such as finances or race are not a factor in a student’s ability to realize their academic dreams.     In advancement of our Companywide DEI goals and objectives, the Southwest Airlines Scholarship Program provides opportunities that help build a diverse talent pipeline, while inspiring future generations to consider careers within the airline industry by awarding financial assistance to support diverse educational pathways of deserving students.   The program consists of two scholarship opportunities:   The Herbert D. Kelleher and Rollin W. King Scholarship is an internal-only scholarship that honors our Founder and its namesake by providing financial assistance to Employee dependents striving to pursue higher education.    The Southwest Airlines® Scholarship is a community-centric scholarship that underscores our commitment to building a diverse talent pipeline, and highlights the importance of equity and inclusion for future generations.    Applications are open now through March 18, 2022. We encourage you and potential applicants to visit swa.is/scholarships to review the criteria and eligibility guidelines and apply today!     Whether in the air or on the ground, we believe community is more than a place—it’s at the Heart of what brings us together. We know supporting education access for all yields a positive and lasting impact, and we’re looking forward to helping the next generation of students soar.       ... View more
Categories:

Touching Hearts and Improving Communities through ...

|
Employee
in Blog
1 Love
1 Love
The following blog post was co-written by Andrea Cavanagh and Anna Knuth   The Southwest Heart is about loving people, building resilience, and living responsibly. We take care of people because we are more than an airline; we are your neighbor.   As a good neighbor, Southwest is a Company that supports and encourages volunteerism. We know what a remarkable difference our Employees can make, so we offer multiple opportunities for them to share their Servant’s Heart. Whether it’s through a Companywide initiative or on an individual basis, our Employees extend their Hearts in service—they create community wherever they are by volunteering time, talent, and Heart to make a difference.    Employees in Atlanta, Chicago, and Phoenix recently volunteered with the Resilient Communities Impact Program, a whole-community effort, engaging local changemakers to take individual and collective action to ensure all neighborhoods are thriving places of opportunity. From June 2017 to June 2018, more than 1,000 people were engaged with this program; touching Hearts and creating sustainable change in communities in Atlanta, Chicago, and Phoenix.     People working together helps drive change and when we join forces to improve communities, truly extraordinary results can be achieved. By working collaboratively with Points of Light (the world’s largest organization dedicated to volunteer service) and other local partners, Southwest Airlines helped instill a greater sense of identity and pride in the English Avenue area of Atlanta, the Bronzeville neighborhood of Chicago, and the South Park community of Phoenix.   From planting trees to painting murals and hosting block parties, Employees put their Hearts in Action to build connections and strengthen these communities by completing 16 different projects. Our Employees are dedicated to taking care of each other and their communities, representing the heartbeat of Southwest Airlines as Volunteers and Ambassadors committed to civic involvement.    Let your love shine through—reach out and be of service. Each of us has the power to touch hearts, improve communities, and make lasting impact. ... View more
Categories:

|
Employee
in Blog
3 Loves
3 Loves
Twice a year, Southwest Airlines organizes a companywide initiative that encourages Employees to come together and spend time volunteering in their local communities. During this year’s spring companywide initiative, hundreds of Employees put their Hearts in Action and participated in more than 70 projects across the system.   To help us create impact and make this volunteer event a success, we teamed up with one of our sustainability partners, the Student Conservation Association (SCA) to bring conservation projects to cities across the country.   The following blog post was co-written by Dan McCabe, Vice President of SCA, Ally Ratliff and Alexis Acar, both Coordinators of Community Engagement for SCA.   SCA loves working with Southwest. This spring, their spring companywide initiative helped fuel a record-setting SCA Earth Month celebration in April. Together, SCA and Southwest mobilized 4,000 volunteers to serve the planet, conserved over 136,000 square feet of parks and public green spaces, created more than 6,500 pollinator-friendly seed balls, and planted over 3,000 trees, ﬂowers, and shrubs. In the end, SCA facilitated over 60 unique projects in 22 different states in honor of its 60th anniversary—an unprecedented feat that could not have been accomplished without Southwest.   SCA’s mission is to build the next generation of conservation leaders and inspire lifelong stewardship by engaging young people with the land through community service. We take pride in “putting boots on the ground” and “getting our hands dirty.” We bring passion for the planet and appreciation for the people with whom we serve, without expectation or need of accolade. Southwest folks are our kindred spirits, made clear by how passionate they are when volunteering!   Enjoy some highlights from the projects we facilitated in Southwest cities across the nation, as hundreds of Southwest Employees spent time giving back:    Spreading the LUV at Herring Run Park in Baltimore No coffee was needed for this Baltimore Inﬂight Crew. They brought tons of energy that spread to everyone around them! This group was so pumped to remove invasive vines at Herring Run Park and help further beatify this area—one volunteer really got into the vine-swinging spirit, as you can see below!     Oklahoma City Maps Its Seed Ball Strategy One of the more popular projects was making seed balls, which are used to help replant natural flora. Mike and the amazing Oklahoma City Customer Service and Support Team created a map to track their seed balls across the city—ven flora can be strategic! We’d love to know which seeds have sprouted up by now!     Restoring Wetlands in Southern California Southwest Volunteers from Los Angeles were literally in the thick of things and working hard in the Gardena Willows Wetland Preserve. They plowed through 1,500 square feet of invasive ivy to help restore this amazing area.     Unexpected Connections in Denver An invaluable part of our partnership with Southwest is that SCA is able to move volunteers, staff, and leaders around the country to facilitate service events—sometimes on a moment’s notice. During Earth Month, this meant dozens of connections coast-to-coast, sometimes multiple ﬂights in a 24-hour period, and once in a while an unexpected connection. Heading home from completely different projects, our SCA road warriors Ally and Alexis spent an hour at the Denver International Airport before realizing they were a mere gate apart from each other!      Thanks to Southwest Employees, SCA staff members and alumni, and community members, thousands of volunteers were able to come together this spring to support conservation efforts nationwide. Each of us can make a difference! ... View more
Categories: