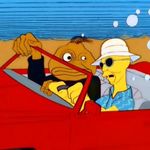 by vespajet |
New Arrival
in Travel Policies
The story I've long heard about why Southwest doesn't charge for checked bags is that their computer system isn't equipped to handle such transactions  (Their CRS is called SAAS and is based on the Braniff COWBOY CRS developed back in the 1970s.).  The airline is in the process of switching to a more up to date CRS and those systems do have the ability to charge bag fees, change fees, etc.   Now whether or not Southwest will actually jump on the bag fee bandwagon officially remains to be seen.  Companies generally don't do things because some Wall Street types says they need to do it.   ... View more

by vespajet |
New Arrival
in Check-In & Boarding
3 Loves
3 Loves
If you're on a full flight, saving seats for those in a later boarding group does have the potential to create problems with other passengers.   If I was in the last part of the A boarding group and a huge chunk of seats are being saved for those in other boarding groups, I would definitely be a bit irked.  By saving seats, you're giving preferential boarding to those with later boarding groups that didn't pay for Early Bird.     As for saving overhead bin space, some people put all of their carry on items in the bin to fill it up and when the rest of their travel companions get onboard, they remove the items that will fit under the seat.  The overhead bin situation is even worse on airlines in which they charge checked bag fees.    A few years ago, I was flying on Delta and was sitting in the first row of Economy Comfort on a 757-200.  There is no underseat storage as the row is an exit row.  I get onboard and the bin over my row is already been filled by lower level SkyMiles Medallion members who got to board earlier than non-Medallion passengers sitting in Economy Comfort.  I ended up put my stuff in the overhead bin over the row of the people who put their stuff in the first open bin they came across instead of the one over their row.   ... View more