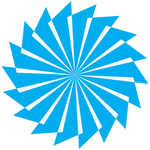 by ridgeway |
Active Member
in Inflight Experience
What VPN do you have that works? I've been having this issue as noted in this thread which I started in 2016 In-Flight Wifi - VPN Issue (southwest.com)   Various types from even PPTP to IPSec/LT2P to application based VPN apps fail.    Curious to know what VPN works.  ... View more

by ridgeway |
Active Member
in Inflight Experience
I guess this thread puts the nail in the coffin on this issue. Officially not supported. What a shame   VPN? (southwest.com) ... View more

by ridgeway |
Active Member
in Inflight Experience
@DancingDavidE wrote: @ridgeway wrote: Update/ post Edit: 4/10/2018 because for some reason posts aren’t visibly time stamped.    This makes me pretty disappointed on how this thread and how much I really even trust this forum in general. Hope southwest takes note. I see timestamps in the header for each post, you don't?   Anyway, the community here is not a customer support channel, there is some involvement by a team from Southwest but it isn't a place that directly goes back to the IT department. So you should trust the board for "here's a workaround" or "we suggest you do this, I've done this before, etc." but it isn't a place to submit a work order.   Speaking as a user - I don't know if Southwest will support VPN in the near future, and I certainly don't rely on using it myself as that has proven fruitless, I bring a thumb drive.   I was on mobile, so that's definitely my bad about the time stamps, but I do see them now. However I definitely do not recall the 3 posts before lindsey commented, maybe I'm just going a lil crazy over here. And I do understand this is not direct support, but it is a forum... I've tried direct support but I can never get past level 1 base support. Also, @LindseyD did state that they've forwarded this to their IT dept and would have it resolved or an answer by the end of 2017.    To their credit, I think they did try to resolve this... they specifically reached out to me even, but since providing them contact info "they decided to go a different route"... and I haven't heard back. Convo: https://www.dropbox.com/s/yduwrpbt648401k/Screenshot%202018-04-11%2017.38.24.png?dl=0    I believe this probably a much bigger issue with software/hardware firewalls, and their IPTV Dish service (I'm making assumptions that it's IPTV, could be something I don't even know about I mean I have never networked an aircraft with streaming dish TV so yea...). But none of this happened before that was launched. And from my experience with IPTV and unique or enterprise network setups, it's a networking PITA.  ... View more

by ridgeway |
Active Member
in Inflight Experience
1 Love
1 Love
Update/ post Edit: 4/10/2018 because for some reason posts aren’t visibly time stamped.    Honestly, I’ve been following this thread for a while, and now “first page” posts are mostly positive deflecting Solutions to the actual problem? Thumb drives? You have kids so just watch the (working) “in flight Wi-Fi tv on your iPad” instead of “troubleshooting the work issue” are kinda silly arguments on why this is still a problem, and why there has, despite direct interaction in this thread from southwest employees, been no action towards fixing this issue. This makes me pretty disappointed on how this thread and how much I really even trust this forum in general. Hope southwest takes note. ... View more

by ridgeway |
Active Member
in Blog
Still no option to add LUV vouchers, past funds on cancelled 'Wanna-get-away' trips, etc etc. BUT it's a LOT faster, more stable, and actually hung onto a reserveration for over 2 hours with the app closed. Nice work. But, it would be nice to add the other payment options!   Thanks!   ----- ... View more

by ridgeway |
Active Member
in Rapid Rewards®
Thanks for clarifying - I basically got companion by a mix of the card use, and trying to use every outlet like the car rental/hotel bookings to get there. I guess the car/hotel points were more impacting than the card use though. Though I really want to say the card didn't have a 15,000 cap, but I'd have to go back in my records of RR points etc etc.    Cheers, Ridge   ------ ... View more

by ridgeway |
Active Member
in Rapid Rewards®
1 Love
1 Love
Update time!   I made it! Got A-List as well!   Quick question though, I now see that you can only get 'up to' 10,000 companion qualifying points via the RR CC which I believe is a new policy... am I correct? Thoughts?   Any other new policy changes I should take note to keep the Companion Gravy train going??   LUV'ing the LUV from SWA!    Thanks, Ridge   ----- ... View more

by ridgeway |
Active Member
in Inflight Experience
2 Loves
2 Loves
@LindseyD Great to hear that y'all at Southwest are putting some time into this, including replying to a community post here on the forums as well!   Regarding the other replies, here are my thoughts: I used to be able to connect to my VPN in the earliest days of the in-air wifi program; sometimes it wasn't the quickest but I sure didn't have any issue connecting and remaining connected throughout the flight (given it was over land the entirety of the flight My VPN is not some third-party VPN service, it's simply a VPN server located on a fiber connection at my company's main office - connection via OpenVPN, L2TP, or (not preferred, obviously) PPTP. Never used any third-party VPN software like those that are needed for some of those 'Private Browsing' VPN's All 3 methods now fail to connect, despite them working great at hotels, and various other public wifi hotspots Now, my next step in troubleshooting was to make sure to pause/shut off all connections to high-bandwidth apps such as Dropbox (Business, nonetheless), Adobe CC, iCloud, G-Drive... etc (if you can't tell, I'm a power used) - No luck, still lack of connection I use a nifty tool that I have been using for years called "Little Snitch" and I specifically have an 'In-Flight' profile made that will auto-disable connections to whatever apps and ports I'd like.  Not only can I not connect anymore, but the speeds (tested by general direct download via SSH or using a tool like speedtest.net or speedof.me) - Speeds wen't from reasonable 2 years ago (5mbps down, 2mbps up were, I believe, the best I recorded) - now I have to switch to kbps to even measure it.  Despite the lack of connection, I can still get some basic functionality to discuss things with my team via Slack, though it does 'lag' sometimes. I do recall when in-air wifi was first rolling out, having the ability to video chat (obviously just tried as a test, wouldn't do this on the reg)  but my point is, there is absolutely not enough stable bandwidth for this now.  Overall, I figure this is an attempt to prevent people who use VPN's to circumvent the blocks put fourth by the on-board (I assume it's onboard, ha) firewall. No matter how nice the speed is today, there is still no connecting to my VPN via any usual protocol.  Possible solutions? First and foremost, have a clear and non-guesswork network policy that can be read For the abusing VPN users? Blacklist VPN providers that are dedicated to circumvent firewalls.  Throttle bandwidth? (Though this is likely used heavily already) Let company's or premium/A-Lister's circumvent some of the firewall rules Let corporations and businesses submit whitelist IP/domain approvals for private VPN's Charge a premium for non-A-list business class, or similar systems Add more on-board resources? I'm sure I'm stating the obvious but clearly the BYOD southwest wifi and TV has become much more popular and much more people know about it compared to when it was just on a few aircraft a few years ago.  Best of luck to the future of on-board wifi connectivity and the future of LUV at SWA!   See ya onboard (Flying out from LUV Field here in a few hours)   Cheers, Ridge   ... View more

by ridgeway |
Active Member
in Inflight Experience
3 Loves
3 Loves
So, anyone have a good list of blocked services and ports on the in-flight Wifi?    I ask because usually when I pay $8 a flight I used to get clear access to my VPN I have at home and have never had issues connecting (from Hotels to hotspots, no issues to date). However, I've noticed that I cannot, despite many trials and different settings, cannot access the server be it using OpenVPN, L2PT or even PPTP...    Have they (you, SWA), blocked all related ports or even do packet inspection so no matter what port, it gets 'caught' and blocked? I have also noticed some slowdown in general... which may be a sign of packet inspection...    Anyone have thoughts? If I can't securely access my VPN I don't think I want to pay any more...    Thanks!    Edit: 4/10/2018    Honestly, I’ve been following this thread for a while, and now “first page” posts are mostly positive deflecting Solutions to the actual VPN problem? Thumb drives? You have kids so just watch the (working) “in flight Wi-Fi tv on your iPad” instead of “troubleshooting the work issue” are kinda silly arguments on why this is still a specific VPN problem, and why there has, despite direct interaction in this thread from southwest employees, been no action towards fixing this specific VPN related issue. This makes me pretty disappointed on how this thread and how much I really even trust this forum in general. Hope southwest takes note.  ... View more

by ridgeway |
Active Member
in Rapid Rewards®
Ok so the survey thing I signed up for and did what it seems like almost $200 in surveys but barely have even reflected or have yet to reflect, haven't done one in a month or so because I deemed it a waste of time. If it isn't someone sell me on it... And I don't mind taking surveys usually they are great for whatever research they are trying to accomplish... But if Amazon will pay out more why not use them? (Besides the fact that these go directly toward CP).   Also, if I get CP without A-list, will I not get any a-list benefits? And do I get double points if I purchase flights for others "qualifying" (with SWA CC)?   Thanks and much LUV  -Ridge ... View more

by ridgeway |
Active Member
in Rapid Rewards®
1 Love
1 Love
Yep the fine print is where I've been looking, and been using my SWA RR Card as designated business expense card as we expanded this year so that's probably a big reason why my CC points are overshadowing my flights, also always check rapidrewardsshopping.southwest.com to see if any great 4/pt deal for electonics at a store that will price match anyway! Win win! Also, I have been using points to fly, but not anymore so I don't miss out on the Non-A-List-companion-pass; I'm actually going to try and make it my goal to get companion pass without A-List as it seems it would be an odd situation and I'm curious... ha.    Wish me luck.  ... View more

by ridgeway |
Active Member
in Rapid Rewards®
1 Love
1 Love
In short, I have more 'Companion pass' points (about 3/4) compared to A-list (1/2) - is it possible to get 'companion pass' without reaching A-list? I've been A-list before but if it's possible I'm going all in on getting that companion pass.   Thanks! ... View more