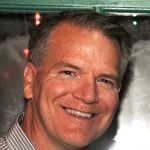 View all badges
Topics BWIflyer has Participated In

by SWDigits |
New Arrival
in Rapid Rewards®
2 Loves
2 Loves
@baseballfan1985 wrote: can I use points for my flight, and use my CP for my companion   Yes, absolutely. ... View more

by dfwskier |
New Arrival
| Community Champion
in Rapid Rewards®
Seems lik @BWIflyer wrote: Last week while flying out of my home airport BWI, I saw this event take place. I had assumed the Captain of that flight was retiring as this water canon salute would be fairly normal. However, I was informed by the Captain on my flight that the aircraft in my photo was carrying the remains and family of a fallen soldier. Well done BWI and SW. RIP. Fallen soldier salute   Seems like  a nice gesture for the family ... View more

by chgoflyer |
New Arrival
| Community Champion
in Travel Policies
1 Love
1 Love
Sounds like overkill to me. Once the passenger said that they misunderstood and were in fact willing to assist, it should have been a non-issue. This however is one area that the FAs take very seriously, so it's not surprising he was reseated. I've seen pax moved from the exit row before -- once because they didn't speak fluent English (they were traveling with their adult daughter, who did) and once because the passenger's wife and minor child was in the row directly in front of the exit row. Ultimately, arguing about anything an FA does is useless, since it's their domain and they wield complete power. ... View more

by franktravel |
New Arrival
in Travel Policies
Currently accepting air reservations through September 29, 2017. On March 16, 2017 they will open the schedule for sale through November 3, 2017. This date is subject to change! Please check back frequently. ... View more

by bec102896 |
New Arrival
| Community Champion
in Rapid Rewards®
Hello   Even though you earned the companion pass in August you can still earn A List if you haven't already so that's 1 reason why the total is still going up. Also it keeps counting because 2026 is not over just yet so once Jan 1st comes it will reset so you can earn the status again. Hope this answers your question    Happy Travels  Blake        ... View more