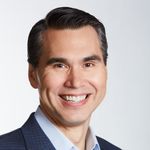 View all badges
Topics Juan_Suarez has Participated In

Re: Taking PRIDE in Equality

by Krivo12000 |
Employee
in Blog
I had a man 6 inches taller than me and at least 100 lbs larger than me reach across the isle and poke me in the arm telling me to shut up because his girl friend doesn't like the sound of my voice. I said excuse me? I am a 5'6, 160 lb half Filipino man and this guy looks about 6'3, 280 lbs. He proceeded to threaten me with a physical beat down if I don't shut my mouth. I informed him that I was a trained hand fighter and I was not afraid to defend myself. He gets up and walks to the front of the plane. Next thing I know I'm being escorted to the back row of the plane by the flight crew that informs me the police would be waiting for me at the gate. I asked for what? Apparently a guy and his girlfriend reported me for threatening them. Seriously, a 6'3, 280lb guy. I sat in the back of the plane internally upset by the entire ordeal, and 20 minutes later, "big guy" walks by me on his way to the bathroom, and on his way back from the bathroom he leans down and whispers in my ear: "Gotcha N-word". I am not from African decent, but I do take offense to racism and bullying. I explained the story to the police when we landed and they said it's my word against him and his entire entourage. They apologized for the situation and I thanked them for their service. I am hopeful that my story will help stop the racism and bullying that still happens in 2020. ... View more