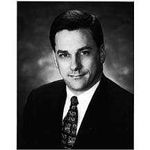 View all badges
Topics Stormin1310 has Participated In

Re: Future Improvements to A-List Perks

by chgoflyer |
New Arrival
| Community Champion
in Rapid Rewards®
1 Love
1 Love
@dfwskier wrote: @Nitro wrote: SWA really needs an A-list lounge.   Many of their terminals are turning into overcrowded choas.  Las Vegas and Denver are great examples.   This is what they need to add to the perks packaged.   With the Companion Pass getting further and further away...airlines with lounge offerings are beginning to look more attractive.  Are the other airlnes' lounges more important than no fees to change or cancel a flight, or bags fly free>?   As a low cost airline, SW tries to keep costs low. Lounges cost money. Would you trade higher ticket prices for lounges?    For me, and maybe for many, the only significant benefit of those you list is no change fees. Bags fly free on any carrier if you get their credit card, and many business travelers utilize only carry-ons anyway. And sadly Southwest fares are no longer automatically lower than other carriers. Often they're only competitive, and in some cases it's possible to fly business class (with all the associated perks) on another carrier for less than a BS fare on Southwest. In general, AT and BS fares are much higher than refundable fares on other carriers. WGA may be cheaper, but many businesses require their employees to purchase fully refundable fares.    For me, no change fees is the most significant advantage Southwest has over other carriers, and it's what keeps me choosing them whenever possible. The benefits of the Rapid Rewards program are close second.   All that said, it is very unlikely Southwest will ever have their own airport lounges. It's possible they could partner with lounge providers, but even that I very much doubt will ever happen. ... View more