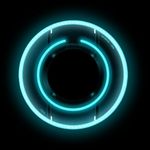 View all badges
Topics puckstopper55 has Participated In

by John1158 |
New Arrival
in Check-In & Boarding
So 16 wheelchairs then 5 others with mystery conditions can wait until A16 after those who have paid and flown more?  What is really amazing is those who need no assistance at the destination. Why should some pay more for their ticket only to be pushed down the list while those in group c buy the cheap seats and board first. And btw I have several disabilities myself.  ... View more

by puckstopper55 |
New Arrival
in Rapid Rewards®
1 Love
1 Love
Same here! i got mine yesterday along with a customer service adjustment of 0 points, lol.  ... View more

Re: Southwest getting greedy

|
New Arrival
in Travel Policies
We're sincerely sorry for the inconvenience, @balexswa. As a peer-to-peer support forum, we are not equipped to assist you here, but I strongly encourage you to reach out via the options in the steps below. Thanks!   Submitting a Suggestion and/or Complaint     ... View more

Re: A-List standby with checked bags

by DancingDavidE |
New Arrival
| Community Champion
in Travel Policies
@gsking wrote: Nicole, thanks.  As I suspected.  I didn't make the earlier flight, and wasn't even early for my scheduled flight.  But I'm here. 🙂   Just this past week I was able to finish up a project early and head home at a decent time instead of the late flight I had previously booked.   When I went to the ticket counter and asked about same day standby the agent must have had some idea that i may make it, and booked my luggage on the earlier flight even though I had to go to the gate to be cleared for my boarding pass.  I'm not sure what the parameters are exactly for checking bags into the later flight knowing you would request an earlier standby flight, or when they go ahead and check luggage on the earlier one even if the ticket counter agent can't confirm you right then.   ... View more