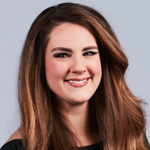 View all badges
Topics Lindsey has Participated In

Re: Anyone notice rates are going up?

by 5280Av8r |
Active Member
in Routes & Destinations
I definitely understand the frustration. My biggest issue would be that of price because it doesn't seem to reflect that of a low cost airline. Now a lot of that is due to higher fuel costs right now, so I can give a little slack. As far as the delays and cancelations, all airlines are being affected by weather, pilot/staff shortages, among other things. So, Southwest isn't the only one affected here. Don't forget we're still on our way out of a pandemic. People are still getting sick, so there's going to be callouts.    As far as " Other airlines offer a wider range of nonstop flights and red eye flights! " I will definitely agree with you on the redeye flights and hopefully they're in Southwest's future. As for the nonstop flights, that is true to a degree, but really only if you include long-haul and the regionals (SkyWest, Envoy Air, ExpressJet, etc). Comparing just the domestic mainline networks, Southwest has more airports with more service than most of the legacy carriers. American has the most number of hubs at 10, which means for the most part, on a legacy carrier, you're not going to have service to more than 10 airports unless it's from their hub (American - 10 hubs; Delta - 9 hubs; United - 7 hubs). On Southwest, you can get service to at least 10 airports from a whopping 50 airports! Now some of these are on a more seasonal basis, but that's still a lot of airports with at least 10 nonstop destinations on Southwest. And there's even a lot with service to 8 or 9 airports, not to mention, Southwest has the most nonstop service to Cancun and San Jose del Cabo in Mexico. ... View more

Re: Anyone going up for Community Champs Cycle 6?

by DancingDavidE |
Active Member
| Community Champion
in Reservations
@Mooch1 wrote: So why do they still lead newcomers down the path of registering as seniors? Possibly the software didn’t have a corresponding update that the ticketing software received.   I don’t recall the timing either, maybe it has to remain a registration option until the last previously purchased fare has been flown.     ... View more

Re: "Please report any unwelcome behavior to your ...

Re: Status after 15 years of loyalty

by nostresshere |
Active Member
in Check-In & Boarding
Yea, you spent more money and you got there the same time as people that got C10 and higher.   Just sayin. ... View more

Re: Made it almost all the way through my Christma...

by ZevSupport |
Active Member
| Community Champion
in Inflight Experience
I've always been a ChromeOS fan, considering I do their support on Twitter too 😉 . I love it's speed, updates, and how it's all literally one program: Chrome.  ... View more

Re: Tier Qualifying One Way Flights for A-list

by ZevSupport |
Active Member
| Community Champion
in Rapid Rewards®
Just to add to this — it sometimes can be a bit costly!    I just hit the Companion Pass, so I defintely understand the struggle to rush and race for status. Here's to an awesome 2020 with SWA!  ... View more

Re: Why can I not purchase points for A-list prefe...

by chgoflyer |
Active Member
| Community Champion
in Rapid Rewards®
1 Love
1 Love
While you can't "purchase" A-List, Southwest has offered in the past the ability to buy a limited amount of Tier Qualifying Points, to help "top off" A-List qualification, near the end of the year. To my knowledge, those points didn't apply to A-List Preferred status. I've not seen any reports of this being offered this year. ... View more

by dfwskier |
Active Member
| Community Champion
in Travel Policies
1 Love
1 Love
Sorry to hear of your travel trouble.   When it cancels a flight, the airline normally books passengers on the next flight with available seats. That's probably why you ended up on the 11 o'clock flight instead of one of the earlier ones. It also explains your difficulty in clearing standby for the earlier flights, where others from the canceled flight were competing with you for available seats. ... View more

by ZevSupport |
Active Member
| Community Champion
in Reservations
2 Loves
2 Loves
Wings crossed that you can get a new ticket without paying any extra! Feel better!  ... View more

Re: First time here? Introduce yourself!

Re: Using RR points to book a flight for a friend

by elijahbrantley |
Active Member
| Community Champion
in Rapid Rewards®
3 Loves
3 Loves
Thanks @Lindsey!  Having the ability to book flights with points and get the refund when needed is a great perk of SW!  One of my faves.   @Huynhjp91, if you have more questions, let me know.  Happy to help! ... View more

by SWDigits |
Active Member
in Rapid Rewards®
Hopefully the issue is now resolved but I'm posting for reference in case others in the future have the same question about how to send an email to Southwest.   "Email" messages are sent using an online form, here are the steps:   Click "Contact Us" at the bottom of any of the forum pages. Under the "Email Us" heading click on "Send us a message" Complete the form in the pop up window. Click "Send E-mail" at the bottom right part of the form. ... View more

Re: Lost my passport

by Lindsey |
Active Member
in Inflight Experience
4 Loves
4 Loves
Hi @VinniGirl,   That's a really tough situation. I'm so sorry. First steps - which you've probably already done - are reaching out to your consulate/embassy. They will be able to help you at least figure out your next steps.    Unfortunately, items left behind on a plane are just very, very rarely found and returned. There are so many people moving in and out of an aircraft every single day, but once in a while all the right pieces do come together and items find their way back to their owners. But realistically, it's the exception, not the rule. I hope you're able to get a replacement passport and visa - truly sorry for the bummer situation.  ... View more

by Simreality |
Active Member
in Reservations
1 Love
1 Love
Thanks! That helps.  It's been nerve-wracking since we booked in July lol.  This will be the first time the kids will be on a plane and I'm trying to mentally prepare myself for things that could go wrong. ... View more

Re: Why oh why can't airlines deal with people's r...

by chgoflyer |
Active Member
| Community Champion
in Travel Policies
As the OP mentions, it's definitely not a Southwest only problem.  ... View more

by Lindsey |
Active Member
in Travel Policies
5 Loves
5 Loves
Hi @SusanEva,   Is the expiration date still visible? If the Flight Attendants can still see the date, and the coupon is not expired, they'll more than likely let you use it.    @Lindsey Former Employee, Fan for Life. ... View more

Re: Blog: Seven Benefits of Flying Southwest With ...